Great tennis returns to Turin. Our city hosts the Nitto ATP Finals again this year, the final act of a season that saw us, with our global Lavazza brand, on the sidelines of the most prestigious tournaments, including Roland Garros, Wimbledon and the US Open.

The Nitto ATP Finals are the tournament in which the best 8 players of the circuit compete on the indoor courts of the Pala Alpitour, giving life to challenges destined to remain in the annals of this sport. An appointment awaited by all fans of a tournament which, since its inception in 1970, has been hosted by 14 cities on four different continents.

Contributing as a Platinum Partner, at least until 2025, to such an important event is for us a source of pride and commitment to the territory in which we were born and raised.

The partnership with the Nitto ATP Finals is also an opportunity to reaffirm our commitment to promoting sustainable choices and the application of the principles of the circular economy.

To raise awareness on the issue, we have set up a tennis court in Nuvola produced with coffee powder destined for pulping and additional recycled materials, with the aim of inspiring more efficient waste management, also thanks to the collaboration with Spazio Meta, a start-up from Milan that deals with limiting waste by encouraging creative recycling through the recovery of materials used for the realization of temporary installations.

At the opening of the competition, the tennis court made from coffee was signed by the finalists: the lots signed by the athletes will be sold at a charity auction, organized in collaboration with the Nitto ATP Finals and FIT, on the CharityStars platform. The proceeds, thanks to the over twenty-year collaboration of our Foundation with Save The Children, will go to the "Digital Connections" project, devoted to school students in the Aurora district of Turin, with the aim of bridging digital educational poverty.

The bond with great tennis

The bond of our Lavazza brand with tennis began more than ten years ago on the green grass of Wimbledon and has been extended over time to other tournaments: over the years, we have shared the emotions of these competitions with spectators, making them live the unique experience of real Italian espresso, serving more than 8 million coffees.

«We’re proud to be at the Nitto ATP Finals again this year. We’ve worked to enrich the event with direct initiatives in the city that add value to the visitor experience», underlines Marco Lavazza, Vice President of our Group

Among the initiatives scheduled this year is Espressoland, an interactive entertainment path that offers spectators of the Nitto ATP Finals the opportunity to discover, through tennis metaphors, the secrets to preparing real Italian espresso at home that’s as perfect as you drink in a bar. An experience that can be enjoyed both live, in the Fan Village in front of the Pala Alpitour, and remotely, thanks to a digital version accessible to those who cannot attend the matches in person. Talking about Espressoland is Jannik Sinner, Lavazza brand ambassador who, with images, photos and videos, invites fans to play and discover the rules of the perfect espresso. 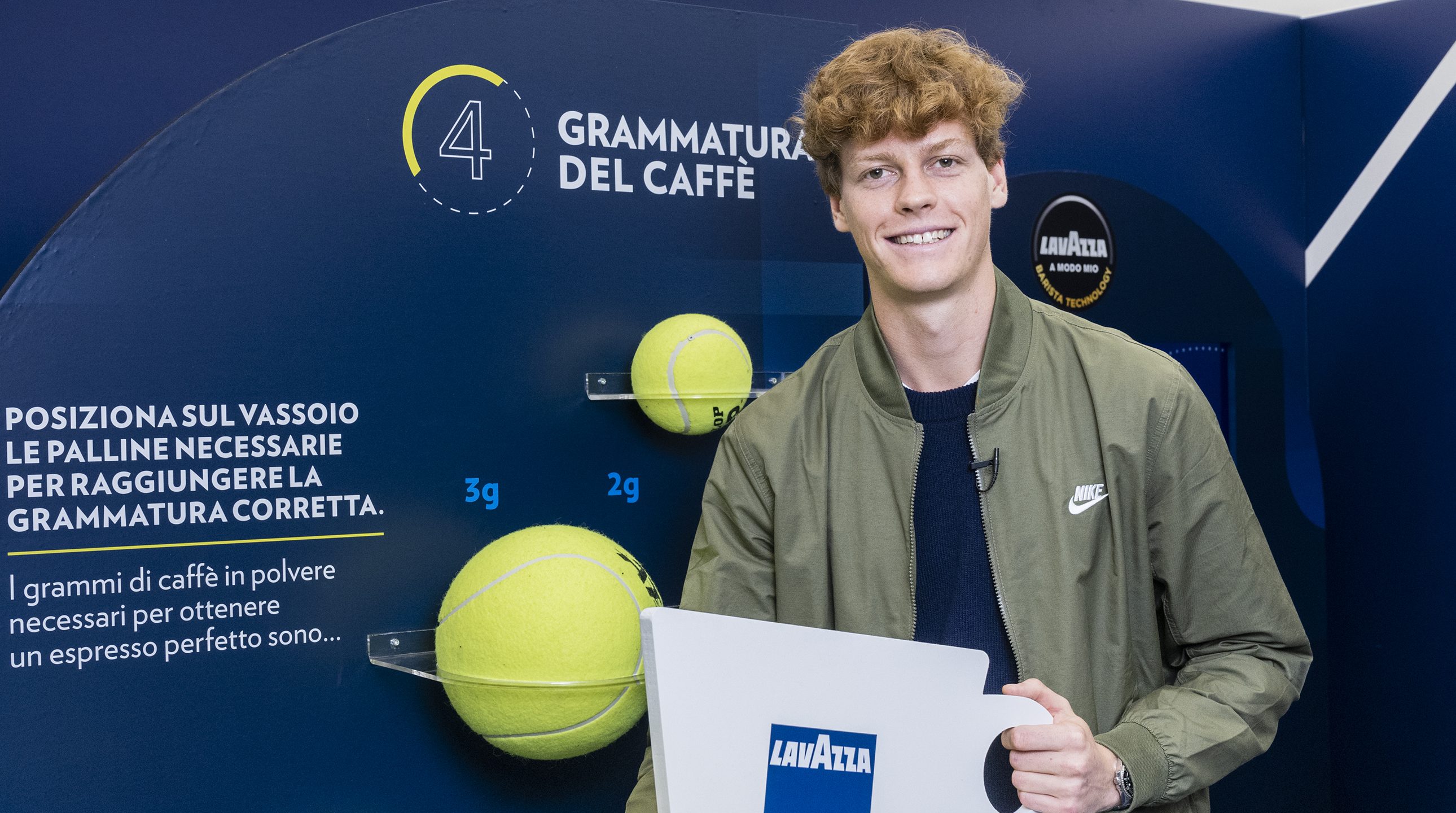